You and your students are welcome to join the seminar. I will be very
appreciated if you could help post the information to your friends and
colleagues who may be interested in.

Introduction. Polyene antibiotics such as nystatin are a large family of very valuable antifungal polyketide compounds typically produced by soil actinomycetes. Using a polyene cytochrome P450 hydroxylase-specific genome mining, Pseudonocardia autotrophica KCTC9441 was determined to contain an approximately 125.7-kb region of contiguous DNA with a total of 23 open reading frames, which are involved in the biosynthesis and regulation of a structurally unique polyene natural product named NPP (1). The complete structure of NPP, which contains an aglycone identical to nystatin and harbors a unique di-sugar moiety, mycosaminyl-(α1-4)-N-acetyl-glucosamine, which led to higher solubility and reduced hemolytic activity (1).

Results.  To understand and engineer post-PKS tailoring steps, we first identified a NPP-specific second sugar extending GT gene named nppY, located at the edge of the NPP biosynthetic gene cluster. Targeted nppY gene deletion and its complementation proved that nppY is indeed responsible for the transfer of second sugar, N-acetyl-glucosamine in NPP biosynthesis. Site-directed mutagenesis on nppY also revealed several amino acid residues critical for NppY GT function. Moreover, a combination of deletions and complementations of two GT genes (nppDI and nppY) and one P450 hydroxylase gene (nppL) involved in the NPP post-PKS biosynthesis revealed that NPP aglycone is sequentially modified by the two different GTs encoded by nppDI and nppY, respectively, followed by the nppL-driven regio-specific hydroxylation at the NPP C10 position (2). These results set the stage for the biotechnological application of sugar diversification for the biosynthesis of novel polyene compounds in actinomycetes. 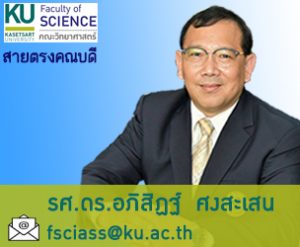